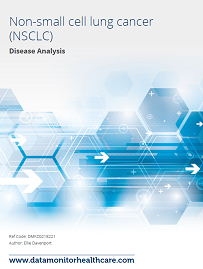 In recent years, the number of therapies targeting specific sensitizing mutations in metastatic NSCLC has drastically increased, permanently altering the treatment landscape. Many of the new drugs have shown dramatically increased response rates over the previous standard-of-care therapies. However, given the relatively small percentage of metastatic NSCLC patients presenting with each oncogenic driver, competition is fierce and first-to-market advantage is critical.

PD-1/PD-L1-targeted monoclonal antibodies for NSCLC are forecast to remain the best-selling class of drugs for this indication. Keytruda was the first PD-1/PD-L1 inhibitor to gain regulatory approval for first-line NSCLC patients without an oncogenic driver, and has risen to dominance in this market as label expansions have broadened its target patient population and as late-phase trials have revealed consistently positive data. Furthermore, the commercial potential of this class of drugs will increase over the forecast period as the use of checkpoint inhibitors will likely soon extend beyond the metastatic patient population. Label expansions into earlier treatment settings may provide an opportunity for the other checkpoint inhibitors to differentiate themselves from Keytruda and carve out a niche in this lucrative market.