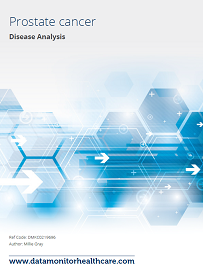 The PARP inhibitors Rubraca and Lynparza were both approved in the US in May 2020 for the treatment of mCRPC patients following AR inhibitor therapy. Rubraca received accelerated conditional approval in mCRPC with a deleterious BRCA mutation (germline and/or somatic), while Lynparza received full approval for use in the broader homologous recombination deficient (HRD) population. To potentially differentiate the PARP assets, both are being trialed in the first-line setting of mCRPC; Rubraca in combination with Xtandi against Xtandi alone, and Lynparza with abiraterone against abiraterone alone. The latter trial has yielded positive results in the overall population, representing a significant opportunity for this PARP inhibitor.