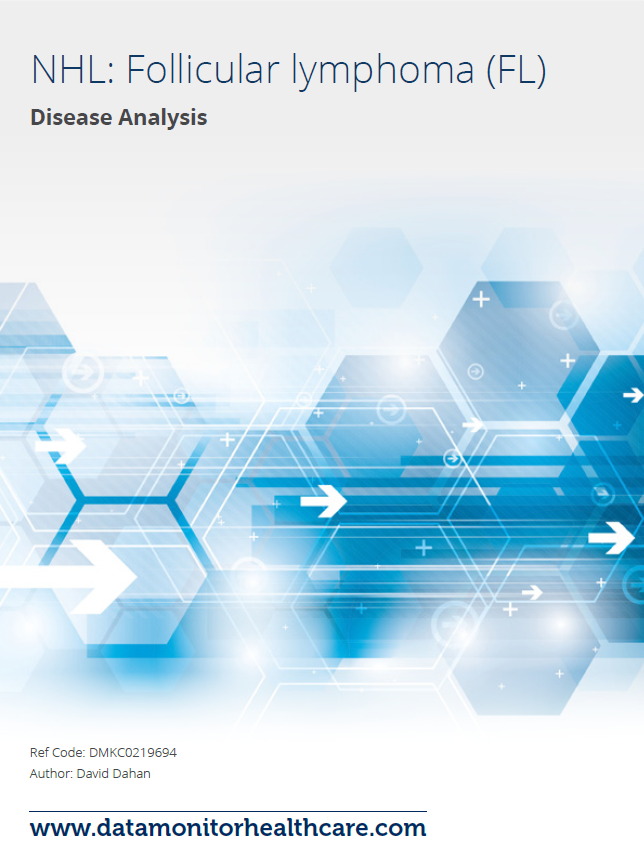 Follicular lymphoma (FL) is an indolent subtype of non-Hodgkin’s lymphoma (NHL) specifically originating from centrocyte and centroblast B cells and usually beginning in the lymph nodes. The disease is among the most common forms of NHL alongside diffuse large B-cell lymphoma (DLBCL), accounting for approximately 35% of all NHLs.