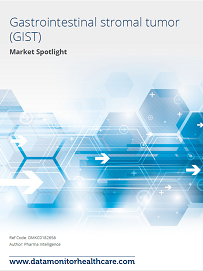 Gastrointestinal stromal tumors (GISTs) are the most common mesenchymal neoplasms of the digestive tract, but still represent less than 3% of gastrointestinal (GI) tumors and only around 5% of sarcomas. Most GIST cases arise in the stomach, and the majority of the remaining cases begin in the small intestine, but they can begin anywhere in the GI tract, as well as in areas outside the GI tract such as the peritoneum and omentum. Metastasis occurs most commonly in the liver and omentum, and less commonly in the lungs. Bone and local lymph node metastases are rare.